Leadership is challenging at the best of times, but during periods of uncertainty and rapid change, it requires a special mindset.

In this video, part of my Leadership Accelerator Program, I talk about the 'Stockdale Paradox'. This term was used by Jim Collins in his book Good to Great, after interviewing Admiral James Stockdale. Stockdale had been the highest ranking military officer held and tortured in the 'Hanoi Hilton', a Vietnamese Prison. Admiral Stockdale was shot down in during the war between America and Vietnam in 1965. He was held for 8-years with no certainty that he would survive, be released, or ever see his family again.

The Paradox of Leading in Uncertainty is that you mus face the brutal fact of your current reality AND never lose faith that you will prevail. 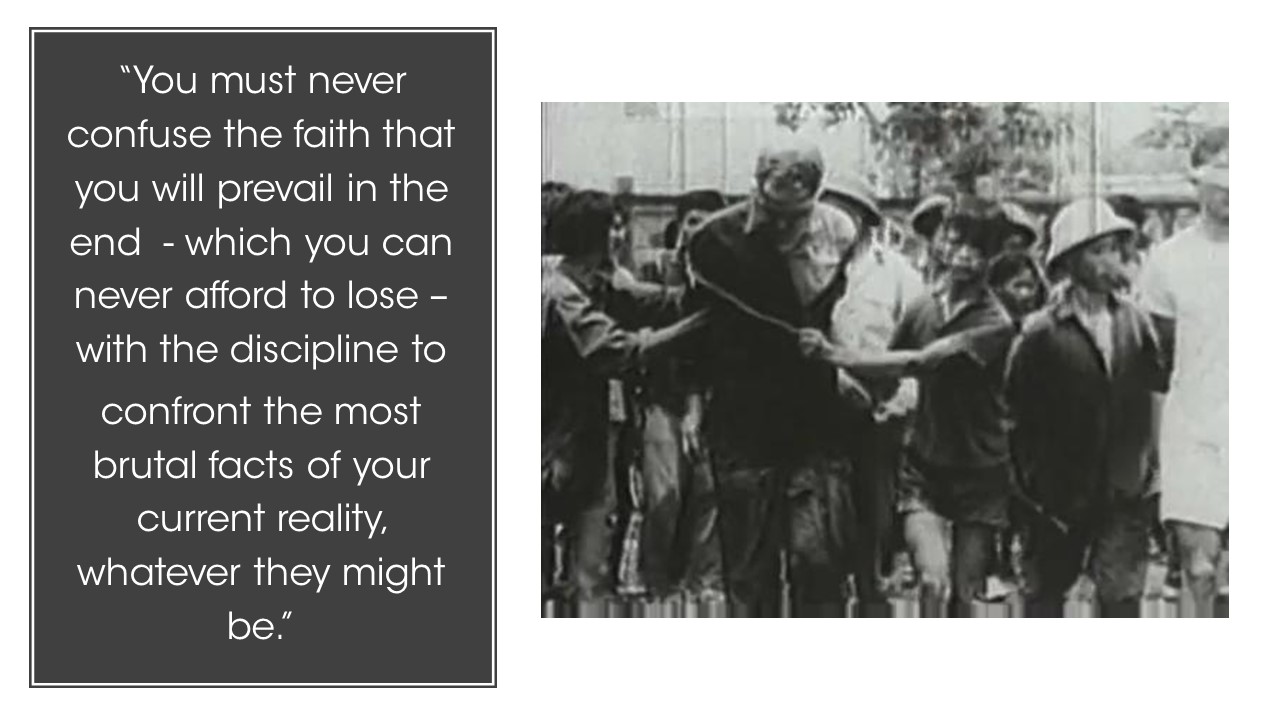 If you find yourself in a leadership position during uncertainty and rapid change, it is essential the you communicate clearly, consistently...

In Virtual Meetings are you a Victim or a Leader

In keeping with the Virtual Meetings visual format, today's blog is a Vlog - are you a victim or a leader?

I share some insights from one of my leadership coaching session and answer: