Unleash the Power Within - Is Tony Robbins priming you? 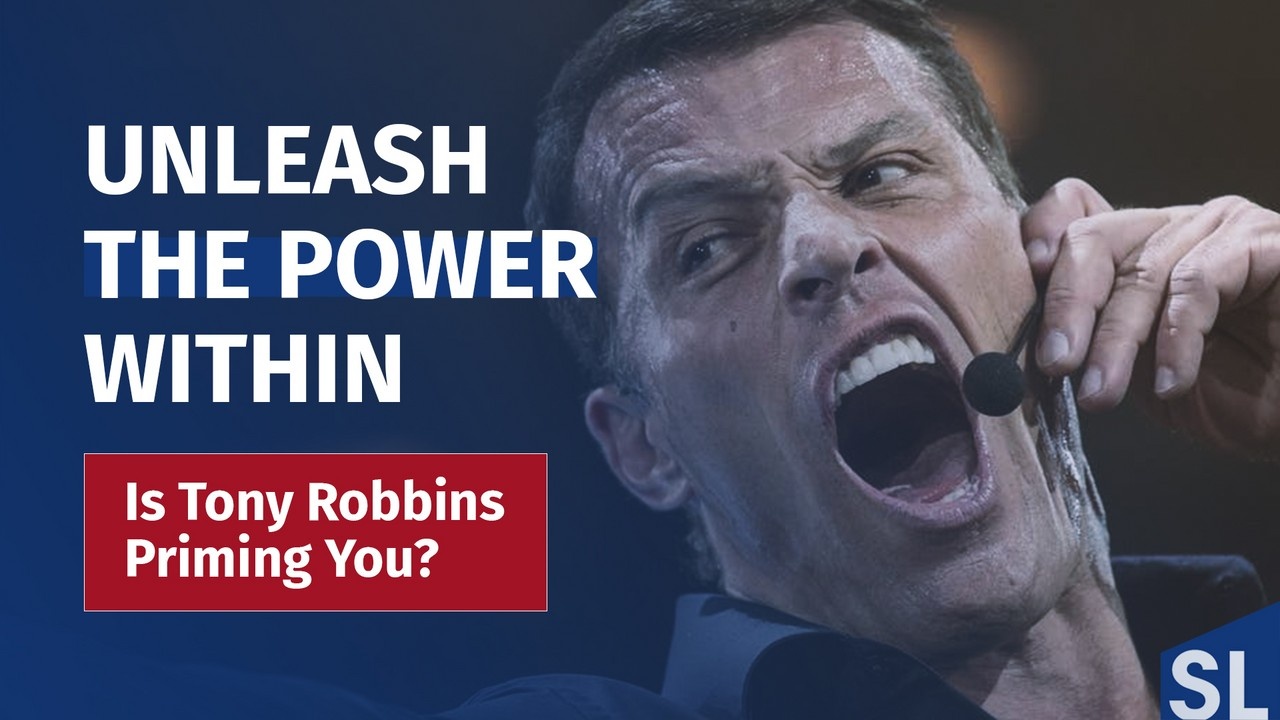 Anthony or Tony Robbins is one of the most recognized personalities in the personal growth and personal power space, but do his methods work?

And, is he priming you for success or his own profit?

Books by Tony Robbins include Unleash the Power Within, Unlimited Power and, Awaken the Giant Within. Standing at 2.1 meters, with a large jaw and hands, he is quite literally a giant himself.

If you have not seen this, larger-than-life, life strategist, at one of his rock concert-like events, then you can watch his Netflix documentary -  I’m not your guru. 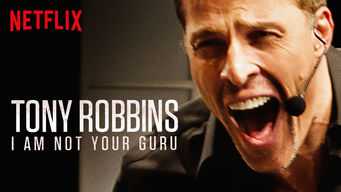 I’m not your guru is about what happens behind the scenes at one of his six-day Date With Destiny seminars.

I’m not your guru, an interesting title, because Robbins studied Neuro-Linguistic Programming, NLP, from its founders Richard Bandler and John Grinder.

NLP owes a lot to the hypnotic techniques of Dr. Milton Erikson, who would use a negative statement to implant or prime an idea. 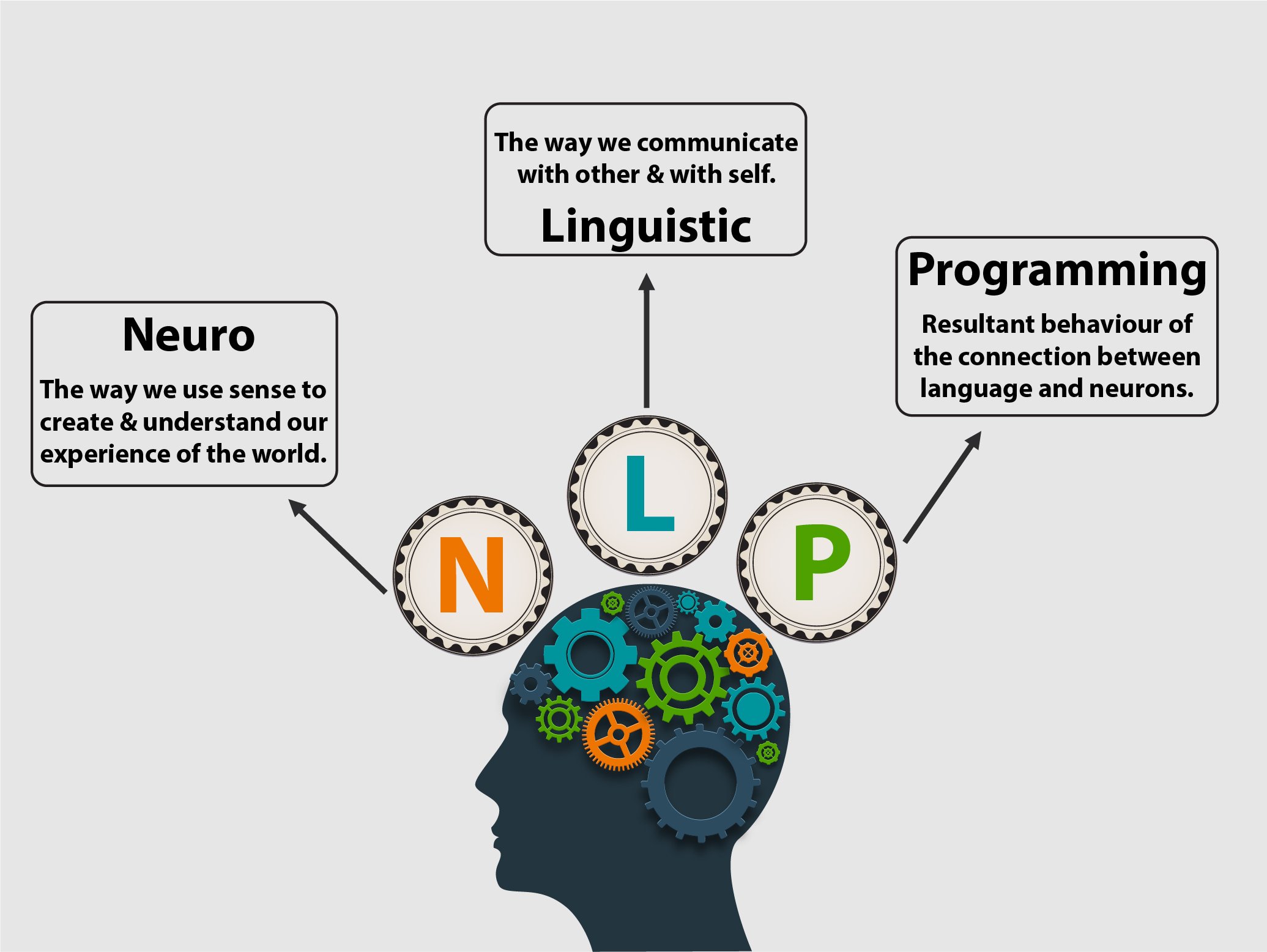 Now you are thinking about an elephant. An elephant sitting in your car.

I’m not your guru is therefore priming you to think of Mr. Robbins as your guru, and this charismatic giant of a man has the social proof to influence you once you enter inside one of his seminars.

Priming in psychology is where one stimulus, or trigger, influences a response to a subsequent stimulus. Priming happens without conscious guidance or intention. In NLP this is known as anchoring.

A central part of the Robbins seminar experience is the firewalking ritual, which his participants describe as life-changing. The premise is that if you can walk on fire, you can do anything.

Cognitive scientists have studied such high arousal rituals and their effects on the brain.  Rituals like firewalking stimulate the production of endorphins which affect emotion and motivation.

High-arousal rituals also increase the production of dopamine - the brain chemical associated with craving and addiction. These brain chemicals benefit the leader of the ritual and imbue the participants with a sense of significance, a significance that gets them high on the idea of spreading the word to as many others as possible. Not a bad business model.

Full disclosure. I’m an executive coach and author of books on leadership and self-leadership. Clearly, Tony Robbins, the life coach,  is high-energy, with a positive attitude. He is a hugely popular, financially successful entrepreneur, worth about 500 million dollars, and so any criticism could be dismissed as jealousy. That’s not where I’m coming from.

My intention in this video is for you, the viewer, to be empowered to make your own choices and understand the methodology behind what Tony Robbins does and the possible limitations of a life coach.  Watch to the end to see if I’m being fair.

Based on the huge crowds he pulls to his events, people are clearly looking for inspiration, and strategies to improve their lives and make money. Many want to be life coaches, just like Tony but others have significant mental health disorders that need to be treated by professionals.

If you attend a Tony Robbins event you will be primed with music, lights, high-arousal rituals, and social proof that this man is special. He is clearly a master of stagecraft and marketing and so if you have parted with hundreds or thousands of dollars to learn from him, your confirmation bias probably won’t let you entertain any criticism.

That doesn’t mean there isn’t any criticism. There have been accusations of abuse by Robbins, from multiple people spanning multiple years. Accusations range from his lack of empathy for the #metoo movement, racial slurs, inappropriate touching, and appearing naked in front of an assistant. Robbins has both denied and apologized for these accusations.

Mental Health Professionals have criticized Robbins the life coach for crossing the line and treating serious disorders with quick fixes in a public setting, which is deemed dangerous. Robbins defends his methodology as pushing people to their limits so that they can focus on their future.

Well, that’s the messenger, but what about the message?

What is being taught in a Robbins book or seminar, and can you safely apply these strategies to your life and for your business success?

There are five big ideas in Robbins books:

Let’s take a look at these one at a time.

It's not what happens to you, but how you react to it that matters.

Jim Collins, in his book, Good to Great, tells the story of Admiral Jim Stockdale who was shot down during the American Vietnam war. Stockdale was tortured for 6-years but refused to be an instrument of propaganda. Admiral Stockdale had studied and lived by stoic philosophy. This is articulated in Good to Great as the Stockdale Paradox.

You must maintain unwavering faith that you can and will prevail in the end, regardless of the difficulties, and at the same time, have the discipline to confront the most brutal facts of your current reality, whatever they might be.

Successful people are not blindly optimistic, they know that reality can suck, so they face it head-on without complaint or looking for someone on a white horse to rescue them. Not even a life strategist.

Self-awareness is key to self-leadership and is the tendency to focus on and reflect on your own psychological processes and inner experiences as well your relationships with others.

With self-awareness, you can catch your inner narrative and edit it to be more empowering or motivating. There is also plenty of research to show that self-aware people are more aware of others and can therefore have better communication.

So, Anthony Robbins is spot on with idea number two.

Idea number three is that In order to achieve an extraordinary quality of life, you need to consistently put yourself in a state that supports you and your achievements.

This principle is the mind-body connection. If your mind is imagining or remembering your body responds accordingly.

Take for example a job interview. If you are thinking negatively about your chances, your body is likely to respond with nervous energy, which will be picked up consciously or unconsciously by the interviewer.

If, on the other hand, you get your body in a confident state, by breathing confidently, standing confidently, and looking out through the eyes of confidence, your mind will be more relaxed and better equipped to answer interview questions.

Sportspeople understand this principle and there’s no better example, in my opinion than the New Zealand All Blacks ritual Hakka before a rugby game.

Now number four. When handled effectively, beliefs can be the most powerful forces for creating good in your life.

Well, there’s a nice caveat here with the phrase, when handled effectively. Beliefs feel real, and they drive our actions, and this is generally good, except when it isn’t.

Mental Health Care Facilities and Prisons are full of people whose beliefs drove them to actions that society deemed inappropriate, and in doing those actions, there were dire consequences.

When people make medical decisions based on beliefs rather than science, the results can be less than ideal.

I’m going to leave this one here for you to choose, because whatever you believe will determine whether you leave me a good or bad comment, in the section below this video.

Finally, number five, what would you do if you knew you couldn’t fail.

Henry Thoreau said, most people are living lives of quiet desperation. If a life coach, like Mr. Robbins, nudges you to do something you have been putting off, and it changes your life, then you will be effusive in your praise.

In contrast, however, psychological research shows that we make bad decisions when we are overly optimistic.

As an executive coach rather than a life coach, I work with senior leaders whose decisions and actions impact the lives of hundreds if not thousands. I work with them to consider what would happen if they did fail, and to put strategies in place to minimize the impact of these eventualities.

So, ideas number four and five need some careful consideration.

It is true that we can unleash our power when we are self-aware, self-regulate our emotions and learn from our environment and mistakes. All of which take personal responsibility and ownership.

The mega-events and message at which Tony Robbins excels, are not a new phenomenon. Robbins has no formal training in psychology or mental health but learned his craft from Jim Rohn, a Motivational Speaker, and Entrepreneur.

This is a beautiful idea but can lead to low self-esteem and low self-confidence for those that don’t get dealt a great hand in life.

We love the idea of self-made millionaires but they are few and far between, most who are held up as such aspirational models had, in fact, a significant leg-up in their early life. Anthony Robbins did not get such a start and so deserves respect for his entrepreneurship.

Business usually relies on a rational appeal, but we can learn a lot about the emotional appeal from Robbins.

We often forget that our fellow human beings—including our buyers—are flush full of chemicals that respond to priming and triggers. If you can stimulate the production of the appropriate chemicals in those who matter most to your business, they will come up with all kinds of reasons why buying from you is the rational choice.

My final thought, you can change your life, I would just caution you not to give your power away to anyone else. Whether they are your guru or not.